A material that continuously creates its own magnetism is called a "magnet." Artificially produced iron-based magnets contain about 1% of carbon (C) and other elements in addition to the main ingredient of iron (Fe). Since the atomic magnetism of iron is fixed in the same direction between other atoms such as carbon, a continuous magnetism toward the outside is produced and such magnets are called permanent magnets. 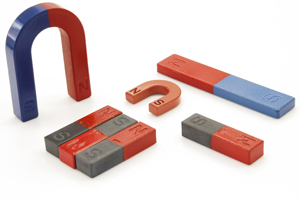 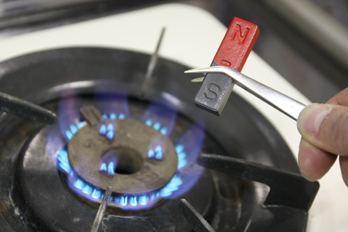 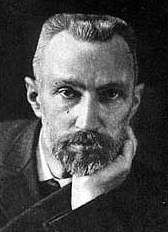 The capability of a permanent magnet is often referred to as "magnetic force," but more specifically, the reactive property of a magnet is called "magnetism," the strength of the magnetism is called the "magnetic force," and the area where the magnetism operates is called the "magnetic field" or the "magnetic flux." These properties depend upon energy which is a tug-of-war between the N and S poles as the poles repel and try to move away from each other according to the two-pole property exhibited in a magnet. This magnetic energy cannot be observed visually under normal conditions. Magnetism comes out of the N pole and enters the S pole and this flow between the magnetic poles is visually represented by lines called "lines of magnetic force." This image enables the visual confirmation of magnetic energy through the use of a magnet and iron powder. 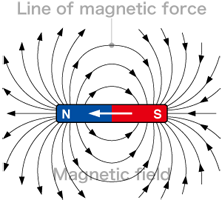 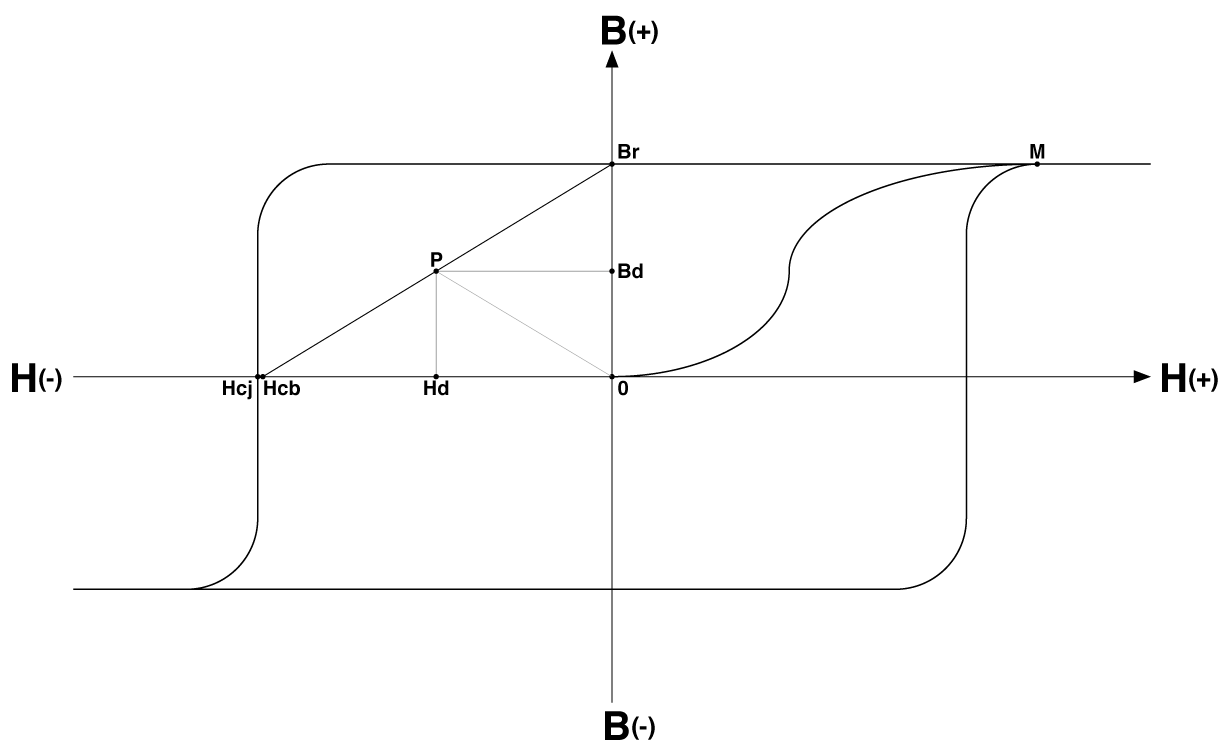 Magnetic force is exemplified by lines and multiple lines represent bundled lines of magnetic force derived from a unit surface area. Remanence (Br) indicates an amount of magnetic flux (B) held residually when a permanent magnet reaches magnetization saturation up to an M-point due to an external magnetic field (H) and then the external magnetic field (H) returns to a state of zero. The surface magnetic flux density refers to the density of the magnetic flux with respect to the outer surface of the magnet. Magnetic flux density is denoted as tesla (T) in the SI system of units (WB/m2) and as gauss (G) in the CGS system of units (Mx/cm2). 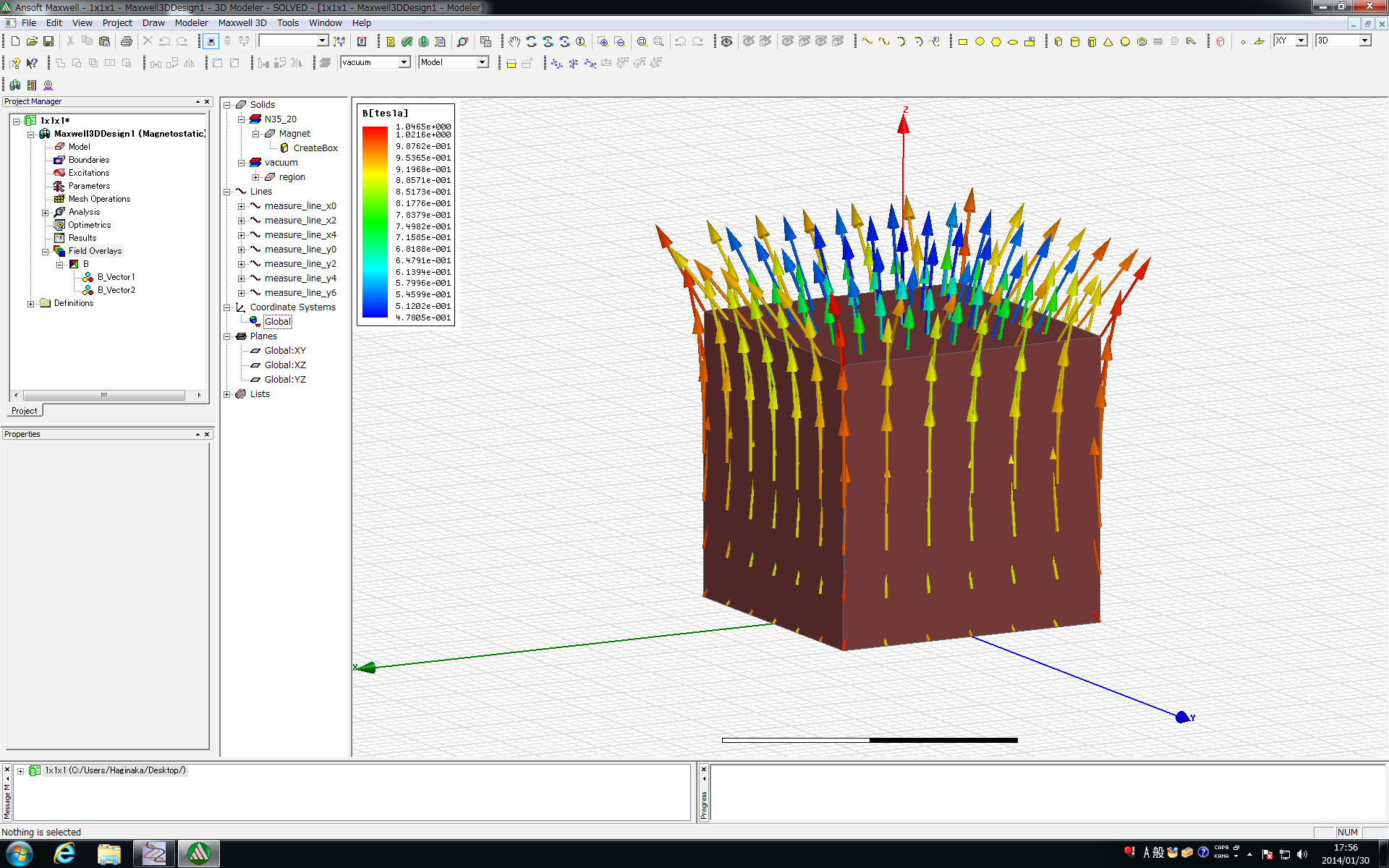 Coercivity refers to a resistive magnetic force. Coercivity refers to the strength of an external magnetic field (H) required to return a magnetized magnetic body to a state of not being magnetized with an opposing (-) magnetic field (H). As this numerical value grows higher, resistance to a load is developed and it becomes more difficult to reduce magnetization. Coercivity is denoted by amperes per meter (A/m) in the SI system of units and denoted by oersteds (Oe) in the CGS system of units. 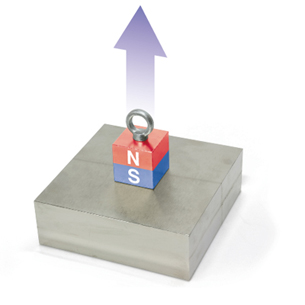 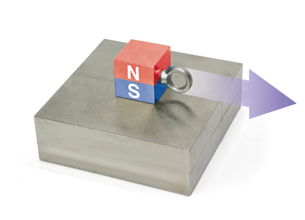 Adsorption force is the force when a magnet is pulled away from a steel plate perpendicular to the vertical axis and the magnet separates from the steel plate. 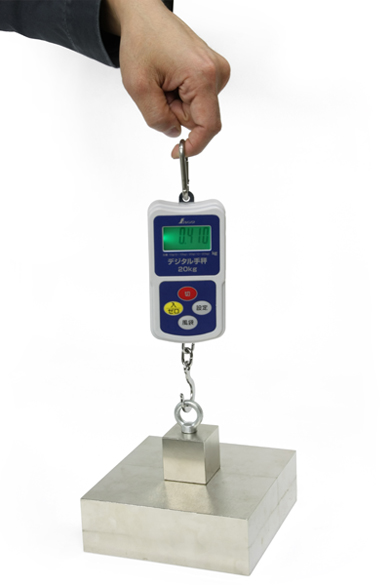 A slip load is the force when a magnet is pulled parallel to the horizontal axis and the magnet moves away from the steel plate. 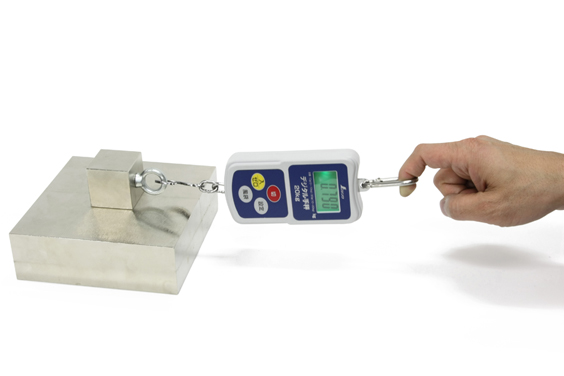 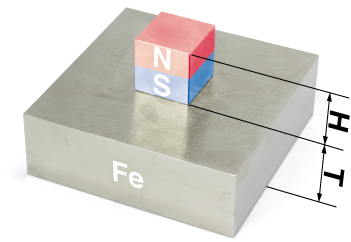 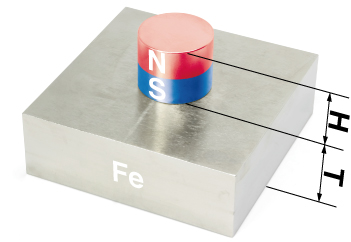 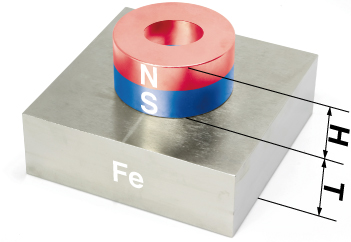